Rick Roberts (cq) (left) and Connie Broom (cq) hug at The Spotted Dog--which used to house Fire Station 11--during a commemoration to mark the 60th anniversary of the Winecoff Hotel fire in downtown Atlanta. Roberts, a firefighter at the time who went on to become battalion chief, is credited with helping to save several of the survivors. Broom, 1 year old at the time, survived the blaze with her parents. The fire--at 119 deaths, the worst hotel fire in U.S. history--caused departments across the country to update their safety codes. 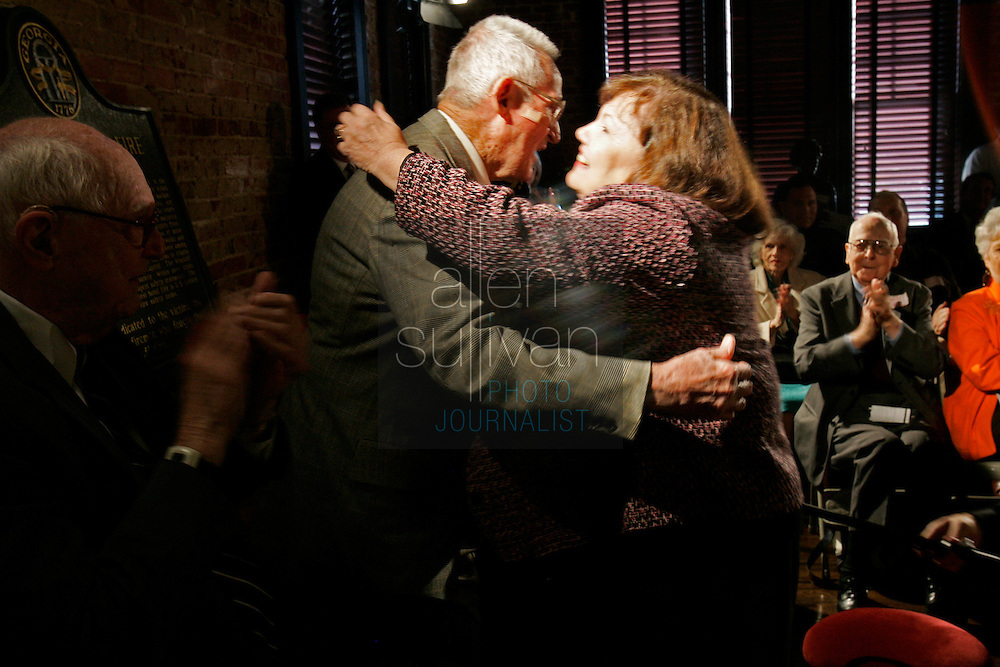