University of Georgia Bulldogs safety Greg Blue replies to a friend's "good luck" text message as he watches the first picks in the NFL Draft on television at his sister Nastassia's apartment in Stockbridge, Ga. on Saturday, April 29, 2006. Blue said the thought that he'll probably be somewhere across the country in a few days is a bit overwhelming. But Miami would be pretty nice, he said. He was picked by the Minnesota Vikings and is now a safety on the team. 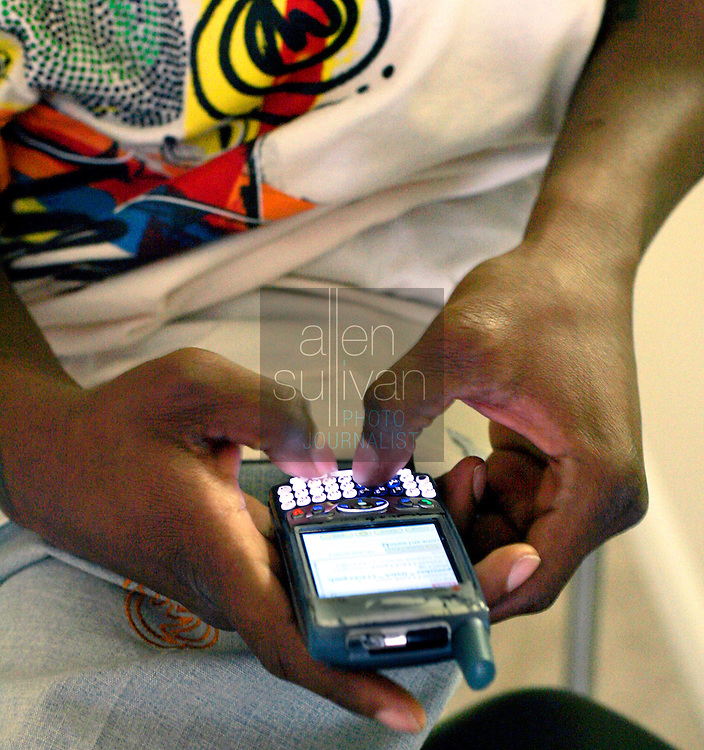