Connie Broom (cq) speaks to people gathered at The Spotted Dog--which used to house Fire Station 11--during a commemoration to mark the 60th anniversary of the Winecoff Hotel fire in downtown Atlanta. Broom, 1 year old at the time, was staying at the hotel on the night of the fire with her parents, Margaret and Warren E. Foster (both cq). They all survived. The fire--at 119 deaths, the worst hotel fire in U.S. history--caused departments across the country to update their safety codes. 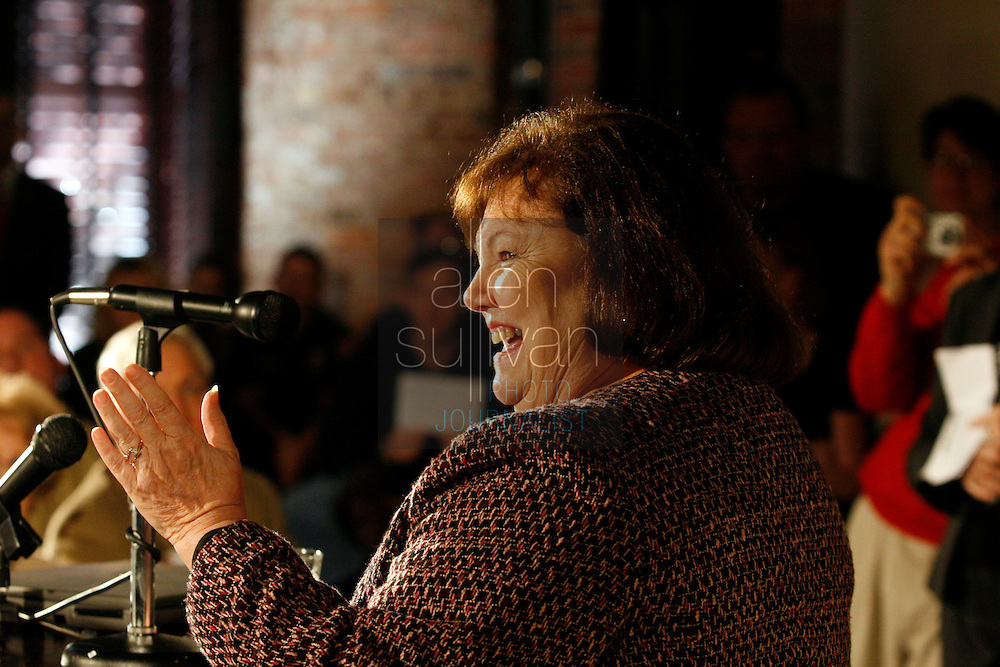