Diego Elias Mendoza Santos, 12, also known as Rambo, stands at the spot of his former home in an area of Panabaj, Guatemala on Tuesday, March 20, 2007. A deadly mudslide here was spawned by rains associated with Hurricane Stan in October 2005. Initially, up to 500 Tzujutil Maya villagers were believed to have been killed by the mudslide, which essentially wiped away the town. Rambo lost his parents and a sister and brother. Forensic anthropologists from the Fundación de Antropología Forense de Guatemala have been working to unearth the bodies of the missing and have recovered more than 100. They have also found the number of missing to be lower than originally thought, after many people were located in shelters or living in other towns after the disaster. 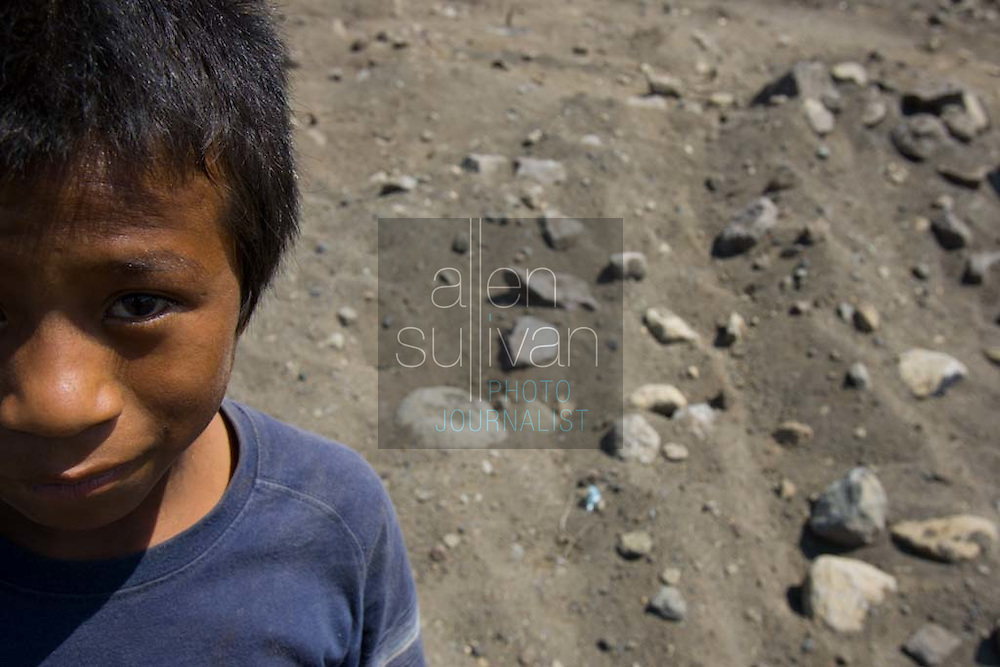